My front wheel turned to the left and before I knew it, I was no longer in control of the bike. The rest of the machine slid to the right and went from under me. Landing heavily on my left side, the momentum propelled me across the road. I knew something was very wrong as the pain in my leg was excruciating. I was unable to stand, so had to drag myself across the road to the grass verge and out the way of any passing vehicles.

A socially distanced ride in the morning sun

It was Christmas Eve, cold and there was a slight frost. With that in mind I had delayed meeting up with my mate (another keen hill climber) so the roads would be ok to ride on. Another fellow hill climbing mate also wanted to join us, so it became a socially distanced ride in the morning sun. Or so we thought.

As I increased the power, things started to go wrong

The initial few miles were fine and with the frost starting to melt we progressed with the route. We turned onto a road that we were all familiar with. As the road began to rise, I noticed running water down the edge so did not think ice would be an issue. As the gradient began to increase, I decided to get out the saddle to allow me to increase both power and speed. This is where things went very wrong.

I’d spent the majority of 2020 working from home. Life had been, as for most, a balancing act. I was home-schooling my 11-year-old daughter, 7-year-old son and 4-year-old daughter during the first lockdown. But I tried to get as much cycling in as possible. And whilst the majority of 2020 was spent in Derbyshire, I did have some movement around the country later in the year. My job, as an Executive Development Chef for a multinational contract catering facilities management company dictated that.

Training had been going well

I felt pretty strong having finished an 8-week training block on the 20th December. The entirety of my training block I did on my Wattbike Atom. I was keen to get outdoors and see what progress I had made. After a good 82k ride on the 22nd December, my plan was to have a day off. Then do a similar distanced ride on the 24th. Celebrate Christmas and then ride again on the 26th. I would do this alternate day training until the New Year then begin another 8-week block from the first week January 2021.

Freezing cold and shock setting in

My ride partners called for an ambulance. Within minutes, I was not only freezing cold, but going into shock. One of them had followed my cycling line but had saved himself after seeing me hit the ground. I am so happy they were with me as they were awesome. The paramedics arrived and were phenomenal. I went to A&E at the Royal Hospital, Chesterfield and straight in for x-rays, a COVID-19 test and other triage related tests. This was not the way I imagined Christmas Eve would transpire.

I was now becoming more comfortable due to the amount of pain relief that I’d been given. A mixture of intravenous morphine along with gas and air was doing the trick. The results of my x-rays showed that I had a displaced neck of femur fracture. That injury is most common in 80+ year-old people, so the Doctors were amazed a 41-year-old had managed to do it as well. I was taken straight to surgery where they inserted three large bolts to reattach the bone. I spent the next three days in hospital and, away from my family for Christmas day. That, added to the prospect of the first six weeks on crutches, I was feeling down. Fortunately, the doctors and physiotherapy team were happy for me to go home on the 27th . Christmas could begin again.

Due to COVID-19 guidelines and restrictions, competitive cycling in 2020 had been sporadic. I had still managed to do as many socially distanced events as were available. I was pleased with my results and output; The lightest I had been in many years and my power output was the highest it had ever been. My last race of the year was at the National Hillclimb in Reading. Also riding there, like so many other events, was TrueSapien racer Rapid Rich Stoodley.

So now come the months of rehabilitation. And with it a plan to better my times for 2021 and pursue joining Rich on the TrueSapien Hill Climb race team. 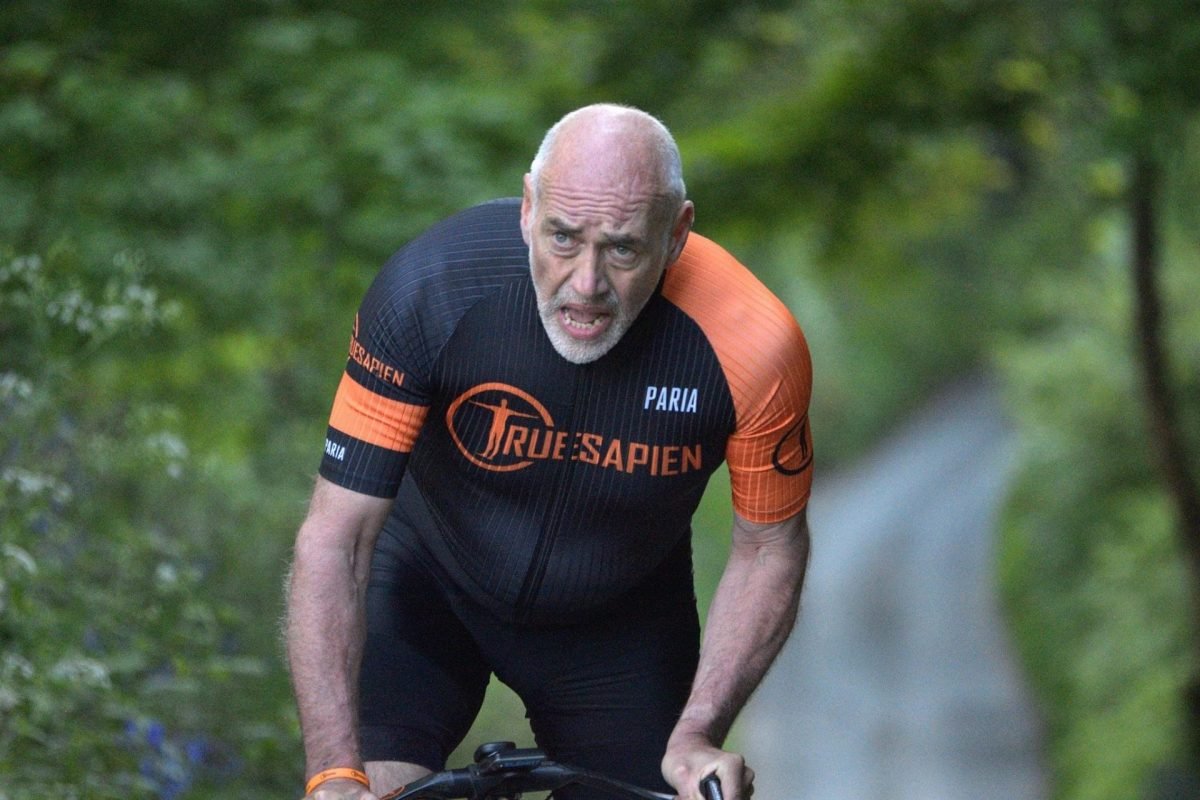